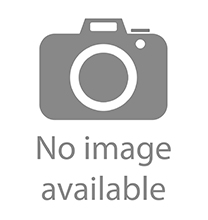 Dennis Egan is the chief executive officer of Epitome Energy. He is a trusted advisor, recognized business leader and project developer. Egan brings a wide range of experiences including raising capital, organizational management, public relations, government affairs, project permitting, sales and partnership development. Egan has been instrumental in the formation of both legislation and permitting in the areas of energy, mining, transportation, infrastructure, telecommunications, agriculture, tort reform, healthcare and general business concerns. Over the past 20 years, Egan has developed relationships with key elected officials both at the city, county and federal levels. Egan is the former mayor of Red Wing, Minnesota, has served as chairman of the Minnesota Chamber of Commerce Executive Board of Directors; he served on the Minnesota Chamber of Commerce board of directors, and was chairman of the Southeastern Minnesota Chamber of Commerce Executives. He also served on the board of directors of the St Bernard’s High School, Goodhue County United Way and was president of the Minnesota Paint Horse Association. Egan has been a mentor for Youth in Government and has served on the Red Wing and Eastridge Girls Softball Association Board.