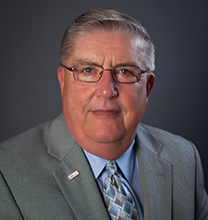 Mike Youngerberg is the senior director of product development and commercialization for the Minnesota Soybean Research & Promotion Council. Youngerberg has been a vital cog at Minnesota Soybean since 1986. His primary duties are to provide staff management to a number of organizations program areas including MSR&PC’s product development action team. Over the last 20 years, Youngerberg has spent much of his time coordinating research and educational programs in the area of biodiesel; he has helped protect and promote Minnesota’s biodiesel mandate and is one of nation’s leading experts on biodiesel. In addition to his other responsibilities, in August of 2005 Youngerberg was appointed as executive director of the Minnesota Biodiesel Council. The Minnesota Biodiesel Council is non-profit organization representing Minnesota’s three biodiesel production plants as well as the feedstock stakeholders. Mike is a 1972 graduate of South Central College’s Automotive Engineering program. Youngerberg is also a graduate of the Charter Class of the Minnesota Ag and Rural Leadership Program.